Data is everywhere. From the files stored in your smartphones to the ones found in your computer to the millions to trillions of byte scattered all over the World Wide Web, data virtually makes the world go round. For an ordinary person alone, we already have problems how to manage our data storage especially with the popularity of social media. From photos alone, we accumulate them fast what more if we love taking and saving videos. We find ourselves worrying about devices going low on storage space. Most common storage devices used aside from the ones already found on your device are USB sticks, external hard drives, memory cards, etc. 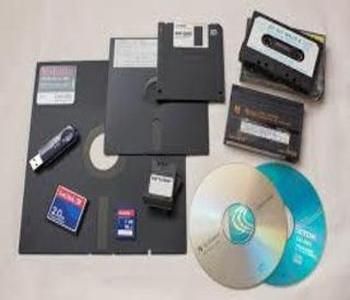 The cloud also became a favorite storage solution for many especially that there are sites offering free or cheap storage. You don’t need to purchase a physical gadget where you can store your files for safekeeping that are often pricey and there is no assurance that your data is 100% safe all the time as they can also be corrupted by a virus or break down due to wear and tear. With the cloud, you can just save them up there and not to worry about storage of the storage device itself. But since more people know about it by now, traffic on the cloud has increased as well and thus posed some issues to data storage in general.

The boundaries of the city start to sprawl. It gets crowded! That’s what’s happening with the cloud.

For many companies, the cloud itself has proved to be one of the “best places” for data to live—especially in recent years. Many have adopted a “cloud first” strategy for software and infrastructure, both, allowing for greater mobility and—hopefully—cost savings. But the Internet of Things (IoT) is only going to increase the amount of data being stored, shared, and moved from place to place. And not just that: the IoT is creating more sophisticated devices that require real-time analytics and processing to keep users safe. That data can’t be reliably processed on a crowded cloud or a stretched network connection. That’s where Edge Computing comes in.

A lot of companies, for instance, utilize the cloud in storing the data they use in running their businesses because it is more convenient and cost-effective to use. However, because many are using the cloud now, traffic has significantly increased thereby affecting productivity and performance, especially that a lot of tech gadgets can now readily connect to the web as long as there is access to the Internet. The vast amount of data can take its toll and would likewise affect analytics and even the safety of the data being processed.

Western Digital’s cloud storage devices are still vulnerable to security flaws despite patches issued to fix the bugs, the company has said in a blog post. According to the firm, future updates are being planned to patch the affected products, although it’s unclear how many problems are still outstanding.

Vulnerabilities were found in 12 of WD’s devices and first outlined in a blog post by security firm GulfTech. GulfTech noted that a number of WD devices allow remote backdoor admin access through the username “mydlinkBRionyg” and password “abc12345cba”. Gulftech also outlines a file upload flaw within the devices that would allow potential hackers to gain remote access. In addition to this, the devices are also susceptible to command injection issues, denial of service attacks, and information dumps.

Other problems we often encounter right now about cloud storage has to do with safety and security. It is not surprising anymore to hear about that as we hear widespread proliferation of malware attacks and other online bugs that are out to steal other people’s data whether it be up in the cloud or in your computer somewhere in your home or office. You can’t just be confident with one storage device as you may lose them in an instant for a variety of reasons. You’re only assurance is if you make copies of the same files in different storage devices so you have a back-up when worst comes to worst but the major downside is that it will be mighty costly and time-consuming to do – something we might struggle in doing every single time.

Korean Skincare: Is It The Fountain Of Youth?